I can’t breathe – A Declaration Against Racial Discrimination

How can we explain that in the 21st century, we are still fighting against racial discrimination in our society? So, how is it possible that there is so much racism after so many articles, videos, and conversations about how this affects human beings?

How is it possible that we have not found a solution to a problem as degrading as this yet? Could it be that someday we will have an answer to the agonizing cry of those who are victims of racial discrimination? 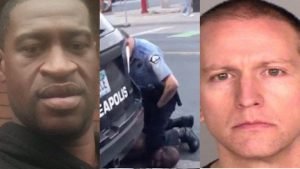 No answer can calm the voice of those who suffer. I think the same commitment this country made to put a man on the moon in the 1960s when the civil rights movement was at its peak, must eradicate inequality. In 1980, the World Health Organization declared smallpox eradicated.

It was a reality thanks to the joint effort of experts from all around the world. If humanity has joined together to achieve incalculable achievements and has strived to eradicate destructive diseases such as smallpox and many others, how is it possible that the chronic disease of racism, which affects millions of people discriminated against around the world, has not yet been eradicated from the planet?

Raise the voice against racial discrimination

In this post, I do not intend to minimize the answers to complex questions like these, but I do want to raise my voice and try to bring solutions to a problem that does not seem to end. Albert Einstein said that if he had an hour to save the world, he would solve it this way: He would spend fifty-five minutes defining the problem and only five minutes finding the solution.

The real lesson from Einstein’s approach to this problem-solving technique is that we must spend much more time making sure we have properly and fully defined the problem, and less time looking for practical solutions.

It refers to an adaptive and evolutionary change, in which the characteristics of the system are changed. But its fundamental nature remains the same. In the second order change, a revolutionary and fundamental change is experienced. In it, the nature of the system is significantly altered. The first order changes to eradicate racial discrimination are talking about:

All these first-order changes are important, but they will never bring the change demanded by the voices of men and women who say “I can’t breathe” daily.

If we want to have a different society, the second-order changes that we must see must begin at home. All types of racism are eradicated at home. Trying to eradicate racism on the streets or at government voting booths is looking for solutions using first-order changes. 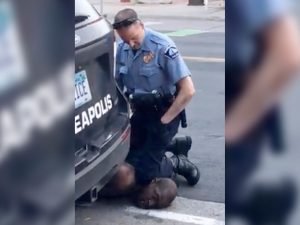 That policeman who put his knee on George Floyd’s neck probably learned in his home that minority people are inferior to him. He learned this through the comments his parents made about minority people. The line he saw since he was a little kid that divided people; mocking, sarcasm and despotic comments that this young man later learned from his friends at school. All this was influencing the character that person developed and ended up leading him to commit a criminal act.

Not only that, I am pretty sure that the beliefs that the policeman learned in his home, that made him a racist, were not simply influenced by his parents. But they have likely run in his family for generations. So, no one ever dared to raise and break that generational curse of inequality, and injustice for all children of racial discrimination.

If you join me in seeking second-order changes, we must talk about parents who teach their children that we are all members of one family, the family of God. We have the same Creator who created us all equally. We all carry the same blood. Besides, we must see families sheltering people with cultural or ethnic differences that allow for breaking barriers of all kinds of inequality.

Second-order changes begin in churches. Yes, conflict is the continuity of an unsolved problem. We must preach more about this matter. We need to teach more and confront injustice more.

Second-order changes begin in schools. Schools that do not tolerate inequality, schools that look at all students equally and do not discriminate against the minority. I am talking about changes in people’s hearts, not just saying it.

Jesus exemplified these second-order changes when he sat down to talk to the Samaritan woman. He broke the paradigms that existed in his society regarding this ethnic group. He did not care what other people might say, nor cared about his reputation. So, he simply challenged existing beliefs about inequality. He joined those who say: “I can’t breathe.” The change that Jesus brought was so influential back in his day that many Samaritans followed him. And his disciples learned to see marginalized people differently.

Readily, he healed Gentiles and praised their faith (Matthew 8: 5-13; 15: 22-28) and taught his church to do the same (Acts 10-11). The apostle Paul’s ministry was intended for the Gentiles. The inclusiveness of Jesus’ message is summed up in Galatians 3:28: “There is no longer Jew or Greek, slave or free, man or woman, but you are all one in Christ Jesus.”

Teachings of the Bible

Sadly, many have distorted the teachings of the Bible to try to justify human fear and prejudice. The “curse of Ham” is considered by some as an excuse for hating Africa-descended people. So, others insist that Jews were responsible for Jesus’ death and deserve to be scorned by us. Both views are false.

The Bible tells us that God’s judgment is not based on appearances, but on what is within man (1 Samuel 16: 7). And those who judge according to appearances do so with iniquitous intentions (James 2: 4). Instead, we should treat each other with love (James 2: 8), regardless of ethnicity (Acts 10: 34-35) and social position (James 2: 1-5). Christian love denies all prejudice, and the Bible condemns racism.

I challenge you to raise your voice. Join many who try to say “I can’t breathe” with tears in their eyes. In the same way that Abel’s blood cried out to God from the ground, the iniquitous acts of injustice and inequality continue to cry out before the throne of grace for justice and equity. One day, God will do justice and bring revenge.

Thus, the question I am asking you is: whose side will you be on? Will you be on the side of those who broke the paradigms to join the voice of the marginalized ones? Or will you just let yourself be carried away by the humanist current that tries to justify human indolence?

Raise your voice today and join those who say: “I can’t breathe”. Please share with me in the comment below the solution that you propose to this chronic problem. We need to work together to eradicate all types of racism.