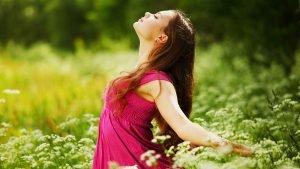 You Cannot Change What You are not Aware of.

Joe DiMaggio was a baseball player for the New York Yankees. He was a real hero. Joe was considered one of the best baseball players of the twentieth century. Every time he entered a public place, such as a restaurant or event, the crowd exploded into applause for his achievements and performances. Year after year, news reporters praised his extraordinary talent.

Joe married one of the most prominent women in Hollywood, Marilyn Monroe. She was a beautiful and talented woman, and this, in fact, was another precious pearl in his crown. However, after Joe’s death, a controversial biography was published about the life of this baseball hero. This biography detailed how the image of this great athlete was all a facade.

Behind his mask, he was an egocentric, competitive, greedy and a selfish person, guided by the power of money. The author of his biography, Ben Cramer, in his book Joe DiMaggio: Life of the hero, describes what he called the monotony of Joe’s life caused by his personal commitment to not show anything but his false self.

In DiMaggio’s story, the icon was well known, but the real self was buried. Many of us are still, like this great hero, buried in our false self, and what people know about us is a complete lie. For this reason, the Bible says in Proverbs 23:7 “for as he thinks in his heart, so is he” (KJV). You are who you really are inside, not on the outside.

Today, I want to continue our adventure in developing emotional intelligence. In our last post, we talked about the first step to developing emotional intelligence and self-awareness. We came to the conclusion that self-awareness must begin with a clear understanding of God’s love for you. That is, it does not matter what you see inside of you, God will never stop loving you.

After understanding this truth, you need to start uncovering the real you. Transformation occurs when you are brave enough to confront your shadows. Peter Scazzero in his book, The Emotionally Healthy Leader, says that “your shadow is the accumulation of untamed emotions, less-than-pure motives and thoughts that, while largely unconscious, strongly influence and shape your behavior. It is the damaged but mostly hidden version of who you are.” You cannot change that of what you are unaware of.

A tool that I have used personally and recommend to my patients comes from Henry Cloud in his book Integrity. Cloud talks about standing on a boat and looking back at its wake as a way of seeing where he has been.

One side of this wake can be thought of as our achievements:
Have I really done what I have set out to do?
Have I performed at the level I set for myself? If not, why?
Was there something unrealistic about my expectations?
Was there a change that prevented me from achieving a goal, and how do I feel about that?

The other side of the wake can be thought of as relationships:
As a leader, have the people I have led found themselves supported or neglected?
Are they enthusiastic in their roles or are they exhausted, or even damaged in some way?
Are there similar themes within the areas where I exercise influence?
Do I push people away and then feel alone?
Do I blame and judge others on my team for my own faults?
Do I act as if I am the only one with a brain, and disregard other people’s suggestions?

I challenge you to sit down, be in silence, pray, and take time to meditate on these questions, asking the Holy Spirit to search your heart and guide you to confront your true self. Next, begin writing a journal every day. As you find answers to your questions, and the Holy Spirit intervenes in your life, write down your experiences, and this action will have a powerful therapeutic effect on you.

If you are really serious about developing self-awareness, contact a close friend, family member, or mentor (I suggest someone who knows you well), and invite this person to have a meal with you. During the meal, ask this person to share the one thing that annoys him or her the most about you. Before that person answers you, tell him/her that noting is off-limits and that you are not allowed to respond defensively, only to listen with an open heart and mind. This is another powerful life-altering exercise in self-awareness.

What is your opinion on this topic? Share it with us in the comments section. God bless you.

What is Emotional Intelligence and how important is it for our children?
August 10, 2021