There is no victory without sacrifice -Don’t lie to yourself 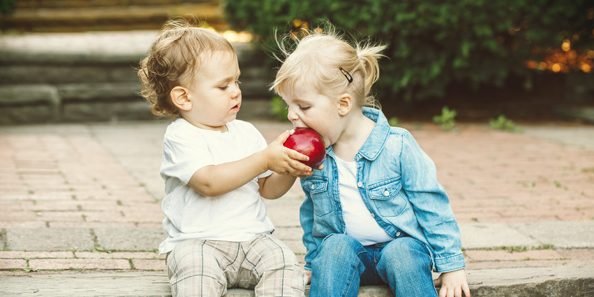 For example, I have three things I want to achieve. Two of them are long-term aspirations and one of them is a short-term one. A long-term one is that I want to know God more deeply. The second is that I want to be a better husband and father. And the third was something in the shorter term: I wanted to defend my dissertation within three months so that I can be more prepared and serve my church in a better way, for which I thank God that I have already achieved it.

Although I strongly desire to achieve these dreams, many times, I feel that my life is stuck and does not move forward. I feel like I am staying in the same place.

I remember when I lived in Philadelphia and New Jersey when there were heavy snowfalls it was very easy for cars to slide on the ice. If you feel like you are skidding on ice in your life, if you feel like you are getting stuck in the same problem and you do not know how to get out of the hole you have fallen into, this message is for you.

There is no victory without sacrifice

It is also a message for the student who wants to get better grades but does not want to take the time to study. Or for parents who want to raise their children well but do not want to take the time to share with them and teach the. It is for the Christian who wants to achieve Eternal Life but does not want to leave the old life. So, I ask you then, what is the biggest goal you want to achieve in your life?

A personal experience that shows there is no victory without sacrifice

Three years ago, I injured my Achilles tendon when playing softball with some of the young people of the church. Since then, I have abandoned all sports practice and began to gain some weight. That was until one day I said, “This is it, no more, I am going to exercise, and I am going to learn a new sport.” One day, Frank BernarBernard said to me, “I am going to teach you how to play tennis.” I started playing at 5:30 A.M., three to four times a week.

I started to see my dream coming true when I realized that I was losing five, ten, to fifteen pounds, and even more weight. There is no greater satisfaction than getting out of the hole where you are stuck and achieving the goal you have set for yourself. I had to sacrifice hours of sleep to get up early and go play tennis, and to sacrifice pain after the game because I understood that there is no victory without sacrifice.

Society and the media proclaim another motto: victory is obtained without much effort, do not try too hard. If you want to become a millionaire, play the lottery, if you want to have a family, just bring the money home.

High schools tell boys and girls that abstinence is not necessary. Nothing will happen to you if you do not abstain, you can drink a sip of alcohol, and nothing bad will happen to you. But, the law of sacrifice says: to achieve something important, you must let go of things that are not and you must pay the price.

Bible shows there is no victory without sacrifice

The book of Acts, chapter 8, speaks of two types of church members, the Simon-like and the disciples. We can distinguish Simon-like members by these characteristics:

Other characteristics of Simon-like members

No victory without sacrifice

They sacrifice their persona agenda; everything is sacrificed because there is nothing better than the victory that will be obtained; they are faithful until death because they will obtain the crown of life; they are convinced that no sacrifice they can make can be equated with the victory they will obtain; God has prepared for the faithful “things that the eye has not seen and the ear has not heard.” We must consider that the disciples sacrificed everything. Let’s see the case of each disciple:

He suffered martyrdom in Ethiopia and died from a sword wound.

He died in Alexandria, Egypt, after being dragged by horses through the streets until he died

He was hanged in Greece because of his tremendous preaching to the lost.

He faced martyrdom when he was put in a huge pot of boiling oil during the wave of persecution in Rome. However, he was miraculously freed from death. John was sentenced to live on the prison island of Patmos.

He was crucified upside down on an X-shaped cross. According to church tradition, this happened because he told his torturers that he felt unworthy of dying in the same way Jesus Christ had died.

The leader of the church in Jerusalem was pushed and fell 100 meters from the southeast pinnacle of the temple when he refused to deny his faith in Christ. When his enemies discovered that he survived the fall, they beat him to death.

This was the same pinnacle where Jesus was brought by Satan to tempt Him.

Son of Zebedee, he was a fisherman when Jesus called him to a life of ministry and preaching. James was beheaded in Jerusalem because he was an influential Christian in the early church.

The Roman officer who watched over James observed in amazement how James defended his faith in Jesus during his trial. Later, this officer walked along with James to the place of execution. Shocked by James’ conviction, this Roman soldier declared his new faith in Christ before the judge and he knelt right beside James to accept beheading as a punishment for now being a Christian.

Also known as Nathanael, he was a missionary in Asia. He was the crier of our Lord Jesus Christ in modern Turkey. Bartholomew was martyred for his preaching in Armenia, where he was skinned to death by a whip.

He was crucified on an X-shaped cross in Patras, Greece after being severely flogged by seven soldiers who tied his body to the cross with ropes to prolong his agony. His followers reported that, when he was taken to the cross, Andrew greeted them with these words: “For a long time I have wished and waited for this happy moment.”

The cross unequivocally evokes the body of Christ hanging on it. Andrew continued preaching to his executioners for two days until he died.

He was pierced by a spear in India during one of his missionary trips to establish the Church of Christ in that region.

He was shot to death with arrows when he refused to deny his faith in Christ.

The apostle chosen to replace the traitor Judas Iscariot was stoned and then beheaded.

He was tortured and then beheaded by the evil emperor Nero in Rome in 67.

Let us analyze then, why did the disciples sacrifice so much for the final victory? Simply because the dream they had was superior to all the distractions and obstacles they had to sacrifice. These disciples transformed the known world of that time, as they set out to live extraordinary lives, sacrificing everything to obtain the crown of Eternal Life. Their names have been marked in the history of humanity.

It tells the story of Louis Zamperini who, at 15 years old, started running. He was a two-time NCAA champion that represented the United States at the 1936 Olympics. He said: “All I want to say to you, young man/woman, is that you will achieve nothing unless you commit to achieving a goal.

You must look within yourself and see if you want to make that sacrifice. Your dreams will not always come true, but you will never know if you do not try. Whatever it is, you will always discover a lot of courage on your way because you will find problems, or as I call them, challenges.

The first big challenge in my life was when I was a child when transitioning from a wasted teenager to an accomplished athlete. The other challenge was surviving for 47 days after my plane crashed and then surviving in the Japanese concentration camp. The best way to confront challenges is to be prepared for them. All athletes want to win, but when being on a boat, or in war, you have to win. Luckily and wisely, I was prepared, and I won”.

Live thinking: No victory without sacrifice

Can you imagine how extraordinary your life would be if you decide to live by the motto: “there is no victory without sacrifice”?

Can you imagine what would happen with your life, your home, and your church , if from now on, you begin sacrificing all the things that prevent you from achieving victory over something important in your life?

I invite you to try three things this week: write down the victory you want to achieve, the distractions that are preventing you from achieving that victory, and then sacrifice those distractions so that you can obtain it.

Forgiveness and its meaning in the Bible
August 24, 2021