Forgiveness and its meaning in the Bible 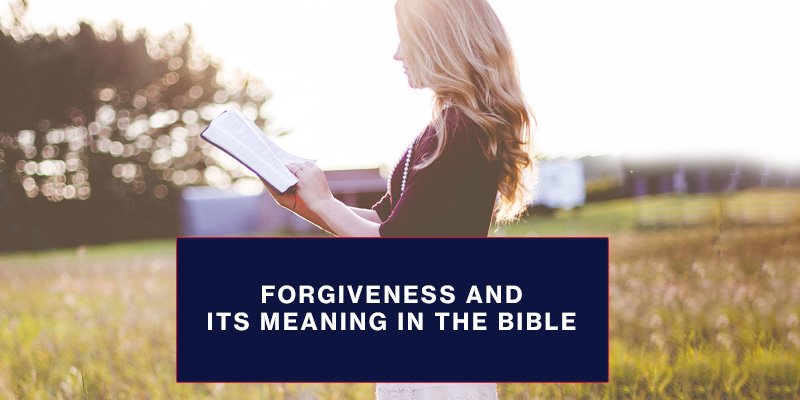 We talk about forgiveness every day. But do you know what forgiveness really means? I have noticed that many of my patients do not look at forgiveness with the same criteria, hence my approach.

We all learn according to the education we have, the people we know, and the emotional intelligence we have developed. So when they explain to me how they are not able to forgive, most of the time, the problem is that their definition of forgiveness is wrong.

It is impossible to practice something that we do not know, hence I would like for us to learn more about what forgiveness means and the myths that surround it together.

According to the Royal Spanish Academy, to forgive is the action of remitting an offense, debt, or fault, while the Greek word “Aphiemi” translated as forgiveness implies letting go or to release. Similarly, another Greek word used for forgiveness, Charizomai, means to give free and unconditional forgiveness.

To exempt or release from contracted obligations is a way of analyzing it further. Also, forgiveness is seen as a kind of gift or an act of kindness to be given to another person, which at the same time is positive for the giver.

Keep in mind that the action of forgiving is not a feeling, it is an act of will, a decision where you choose not to talk or think about the negative aspects you experienced. By giving it, you will be exempting the guilty party from responsibility.

For my part, I recommend that the action of forgiving be seen more as an added benefit to the person to whom it will be granted because the truth is that those of us who are able to forgive are the ones who benefit the most.

Forgiveness is more than a feeling

It is a liberating action, but one that is still conflicting. It is not petty to feel afraid to give relief to the one who hurt you. Thinking of forgiveness as a gift to someone else, while believing that this person does not deserve it, and actually wanting them to suffer for their mistakes, are all thoughts that make us human. They are common. They are also heavy and exhausting.

However, if you think that not forgiving is a form of punishment for that person, I must make it clear to you that you are wrong.

You may think that not forgiving is a way to take care of our own wounds, to proclaim that the suffering still exists, and to validate your own feelings. If the person is not able to admit or understand how they hurt you, it is natural for you to conclude that they do not deserve your forgiveness.

Nevertheless, the only thing you are doing by holding on to forgiveness is slowly hurting yourself.

What is not forgiveness?

In order to forgive, we need to go through with four promises, which are: not to think about the incident, not to relive it, not to talk about it, and not to allow it to damage your present.

You may think I am talking about forgetting, when in reality, I am not. Forgiving is not forgetting. Forgetting is a passive process that needs time, which is different from the act of forgiving, an active process.

So, when God says, “and I will remember your sin no more (Isa 43:25),” He is implying that He is not able to forget our faults, but in forgiving us, He chooses not to mention or take these into account. We must follow his example. Forgiveness also does not mean excusing others. It is the opposite.

The consequences of not forgiving

When you are not able to forgive, you will believe that you are in your right. It is more important for you to continue justifying your version of the truth and claiming some sort of recompense for the unfair treatment you received.

If you don’t grant your forgiveness, it will mean that the other person is the one who is wrong. It is an act of confirming and validating your pain.

I can’t help but mention how I have seen over and over again a thought process that by forgiving someone, you are “okay” in the present with what they did, leading to thoughts like, “Are my feelings no longer relevant?” “Will all be forgotten?” “Is it over?”

What does the Bible say about forgiving?

The Bible gives us hundreds of lessons about forgiveness and how to apply it in our daily lives, the main one being that forgiveness is shown as the spiritual deliverance necessary to continue.

As the Holy Scriptures tell us, forgiveness is inexhaustible. Besides, rather than a source of weakness, it is a source of healing and power. Power and strength do not lie in denial or in pretending to be superior to pain, but rather in accepting who we are, how we feel, and acting in the best possible way to live by the counsel of our Lord.

Remember that forgiveness is an act of the will, and is not granted primarily because the person involved deserves it. Instead, look at forgiveness as a deliberate act of love, mercy, and grace.

Resentment, bitterness, and even despair all come from living in a state of denial of forgiveness. But I understand how not understanding what it entails and the good it will do could lead you away from it. With this in mind, I would like to tell you about five very famous myths about forgiveness, and that you need to know that they are just that, myths.

If you think that forgiveness is the same as forgetting the acts, you are wrong. As we have already read, it does not mean that what was done will be erased. Forgiving and forgetting is even seen as psychologically impossible.

2. It implies that the pain is gone:

Nor does forgive mean that your feelings are not there. You are not a robot, you have emotions that are valuable and that we should all respect. Forgiving is a step towards healing.

3. If you are forgiving, you have already surrendered in the search for justice:

Desiring justice is not a bad thing. So by forgiving, you are not admitting that you do not want it to happen. God’s timing is perfect, so sooner or later, He will make it happen.

4. It is an invitation to be hurt again:

This is one of the most problematic myths, because no, forgiveness is not an act of submission or weakness; it is the opposite.

The process of forgiveness takes more than a few minutes, and more than one stage. Only you can decide which stage is the right one, and it will not be a short one.

The act of forgiving enhances our spirit and our mind. I invite you to continue reading my articles on how to forgive and how to understand the process. Would you like to tell me about your case? I will be glad to answer any questions you may have about this.

There is no victory without sacrifice -Don’t lie to yourself
August 18, 2020