Do you know what anger means and how we can manifest it? 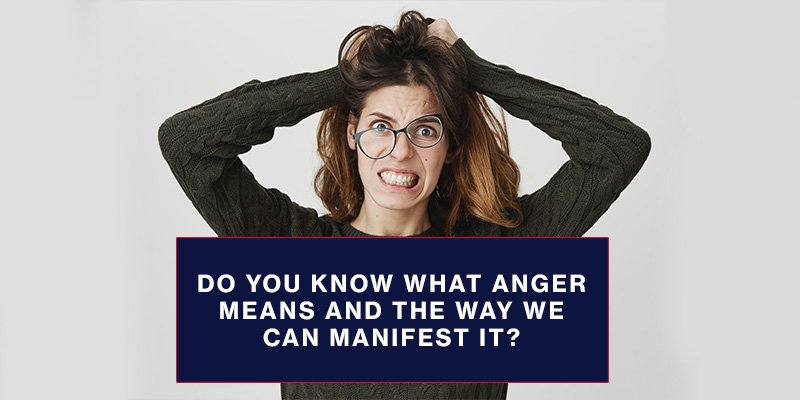 Anger is an emotional state that varies in intensity. It varies from minor irritation to intense rage. Like other emotions, it goes alongside psychological and biological changes.

When you experience fury, your heart rate and blood pressure increase and the same happens with your energy hormones, adrenaline, and, noradrenaline.

Many people justify their expression of this feeling by saying that Jesus got angry at the religious leaders of his day, and even he said offensive words. This false belief regarding anger often uses to mistreat other people.

This is an emotion that God put in our bodies. It allows us to react against injustice, sin, and things that are wrong. Pablo says, “in your anger do not sin.” This means that there is a limit where anger becomes a sin.

Every manifestation of anger must do inside the concept of Agape love. But, for this to happen, the Holy Spirit must live inside us to help provide the love and self-love necessary to express it within the limits, those that reflect the relational image of God.

People who get angry easily usually have what we call low tolerance to frustration. It means that they feel they should not be subjected to frustration, irritability, or drawbacks. They cannot take things calmly, and they get angry, especially if the situation seems somewhat unfair. For example, when other people correct them because of a small mistake.

What makes these people behave this way?

There are several factors. One of them might have a genetic or physiological origin. There is evidence that shows that some children are born irritable and sensitive, and they get angry easily. These signs are present from a very early age. Another factor might be linked to the way they are taught to deal with anger.

Fury is often considered something negative. Many of us have been taught that it is fine to express anxiety, depression, and other emotions, but it is not fine to express anger. As a result, we do not learn how to deal with it and channel it constructively.

Research has also found that family history plays an important role. Usually, people who get angry easily come from troubled and chaotic families in which there is no room for emotional communication.

One part of learning how to control anger, and also part of the lessons a professional might teach you, is based on managing different types of anger. Not everyone expresses their anger the same way. Also, there is no need to feel fear or guilt because of being angry. Anger is a normal reaction in life.

But the way we express anger is what can make of it something dangerous, both for the couple or for ourselves.

A person can express more than one type of irritation, depending on the situation. There are four basic ways in which we show anger. Let´see.

This is the type of aggressiveness that is visible and externalized. It is not intended to be hidden. Many people yell and scream and “vent” when they are angry. They explode, lashing out against others, either verbally or physically. This can provide a satisfactory relief for them in the short term, but it can have devastating consequences in the long term for them and their relationships.

“I am right; all the other people are wrong, and they deserve to pay!”

With this type of fury, aggressiveness is shown, but not violently. Rather, it’s a well-disguised way, for example, with indirect actions or sabotage.

The rage is locked inside the person. It causes harm inside him/her as they pretend that everything is fine. Some people consider anger something scary or unacceptable. They avoid recognizing or expressing feelings of anger and, instead, convince themselves that they are not angry. The problem this coping mechanism presents is that people do not set their feelings free or express them, which can lead to building resentment and unhappiness.

They say, “it is fine” when it is not or when they want to say “no.” These are passive-aggressive behaviors. They express negative emotions indirectly instead of manifesting them openly. Passive-aggressive people are sneaky when it comes to their anger. They say one thing but do a different thing. They do not show that they are angry, but they get even.

Some people find it difficult to deal with this feeling, so they do everything they can to avoid it. They bottle anger up. They try to hide inside their “caves” every time they feel angry or when people around them are mad. Often, they say things like:

Now, anger is properly managed and communicated if necessary. It is what each individual should do when dealing with anger.

It is important to know the types of anger since by doing so, we can be aware of the way we act and how we can take actions that will allow us to handle it in a better way so that we do not hurt ourselves and the people around us.

Do you identify with one of the types? Do you feel that one of them defines the way you act? How could you improve the way you react when you feel angry?

Share your answers with us in the comments section so that we can enrich our experience of having better interpersonal relationships with the people around us and so that we can have a balanced inner world. God bless you!

Why Emotional Intelligence is important for children?
August 10, 2021