What is a mental disorder? 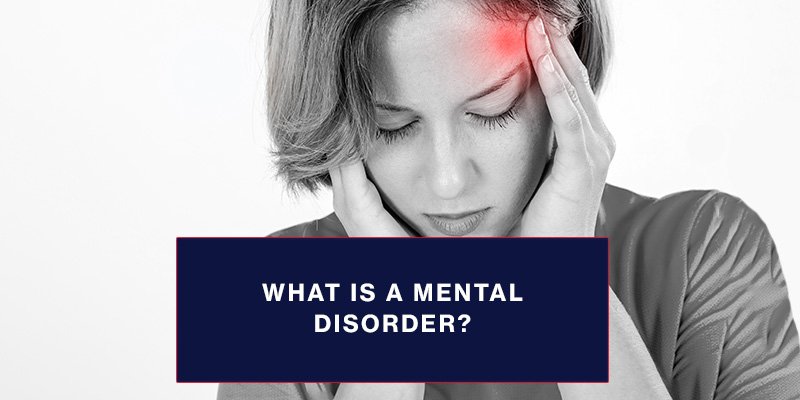 So, Let’s continue developing this very important topic. The first thing I want to do today defines what mental health is, to understand what is a mental disorder. The Federal Substance Abuse and Mental Health Services Administration (SAMHSA) defines it as follows:

Therefore, mental Health is how a person thinks, feels, and, acts when facing life situations. Mental health is the way people look at themselves, their lives, and the other people in their lives; the way they evaluate their challenges and problems; and explore their options. It includes managing stress, relating to other people, and making decisions (2006).

We know that now many people suffer from some type of mental disorder, produced by several causes.

Do we know what mental disorders are?

Mental disorders are sustained emotional, cognitive, and/or behavioral alterations in which psychological processes such as emotion, motivation, cognition, consciousness, behavior, perception, sensation, learning, language, and others are affected. These symptoms make it difficult for the person to adapt to the cultural and social environment in which they live.

The American Mental Health Counselors Association (AMHCA) released a report in August titled “Beyond the Perfect Storm: How Racism, COVID-19, and Economic Meltdown Imperil Our Mental Health“. The report highlights that 40 percent of Americans have anxiety and depression.

Thus, if we compare these figures with the ones of 2019, we will see that only eight percent of adults had symptoms of mental anxiety disorders and six percent of depression. We are suffering from mental disorders like never before in history, and the numbers are increasing. By the end of 2020, it is estimated that 103 million adults in the United States will suffer from some form of mental health disorder. And, this is only taking into account the United States, imagine the number of people who are suffering from the same mental illnesses worldwide.

Then, the most common mental disorders worldwide are depression with 264 million people, bipolar disorders, with 45with million, dementia with 50 million, and schizophrenia and other psychoses affecting 20 million. Besides, 1 in 160 children in the world has an autism spectrum disorder.

How do we know that behavior show a mental disorder?

This is a very complex question to answer in the short space I have on this blog, but I will try to give you some guidelines in this regard. Some great authors in history have written about what is normal in the human being. For example:

Although these great psychologists tried to define what is normal, other experts argue that abnormal behavior cannot be defined so concisely (Bennett, 2011) because numerous factors affect the evaluation of abnormal behaviors, including social and cultural standards, and biases.

Normality and a mental disorder

Now, let us look at the concept of normality and abnormality from the physical health perspective and diseases. Some time ago, I went to the doctor’s office because I had a 102 F fever, I could not swallow normally, and my throat was sore. After the check-up, the doctor determined I had bacteria. Then a blood test confirmed that there was something abnormal in my body. These signs of disease were objective and easy to diagnose with blood tests or X-rays.

But, when we try to define what is normal and abnormal on a psychological level, it is more complicated than we imagine because everything is very subjective. The mental health professional does not have a blood test or X-rays, or CT scans available to diagnose abnormal behaviors in a patient. He depends on clinical judgments that are influenced to some extent by different factors beyond his control.

How does a mental disorder manifest?

The first manifestation of the psychological factors of mental disorders in an individual is usually some type of disturbance. It could include anxiety, depression, anger, or some other kind of suffering that is emotional or psychological rather than physical.

Thus, the second manifestation is a deterioration in the person’s ability to function: inability to achieve goals, difficulty managing day-to-day routines, maintaining a job, or having a clear conversation. People with phobias, personality disorders, or deep depression would be examples. The distressed individual is in danger of harming himself/herself or others (Collins, 2006).

The third manifestation is a behavior that is not acceptable to society. Finally,, if the individual does not receive professional care, his/her life could be in danger, or, depending on the disorder he/she has, the lives of the people around him/her could be in danger.

Common symptoms of a mental disorder

So, if you think that you or someone you know may be dealing with these problems, a book called Behind the Masks is a helpful resource. Hence, here are some common signs and symptoms that are potentially indicative of mental disorders:

We must always be attentive to these types of signs, both in ourselves and in those around us, because a mental disorder treated early in its development will not constitute an obstacle for the person to have a full life.

Do you know someone who suffers from a mental disorder? Do you identify with any of these signs? What other consequences do you know mental disorders can produce? Leave us your comment in the comments section, so we can demystify this very important topic.