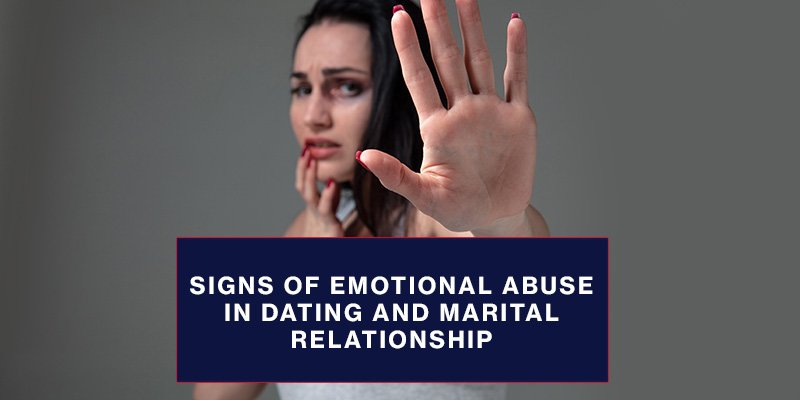 How to Recognize Warning Signs of Dating Violence?

Courtship is a facet in the relationship in which people begin to know the other person and their families and friends’ first encounters are given. It is supposed to be a time full of good moments, and to get to know each other. However, abusers eventually start to show certain signs of violence that need to be identified immediately before falling into their manipulations.

From subtlety to the most obvious signs of violence, these are some of the signs that a safe courtship should not present1:

The abuser will not take the victim’s pain into consideration because he/she thinks that the victim caused the situation that is overreacting.

How to Recognize Warning Signs of Violence in Marriage

Emotional violence within married couples generates a much greater sense of suffocation on the  affected person since the sacred union of marriage involves implications that are often difficult to counter in regards to reality or the dark side of the human being.

By joining two lives, a man and a woman, to create this bond, it is thought and intended to be for the rest of their lives. Despite this, when emotional violence occurs, questions are raised that should not be denied: is pain love? Do I deserve to go through this situation? Don’t I deserve happiness? It is essential to understand that marriage is a love bond but it is also commitment, and a space to grow.

Therefore, when one of the parties does not want to admit that there is a problem and does not make an effort to change, that person is the one who is failing. Not the party that is trying. Trying is the key to overcoming many negative situations, because simply, it is a team effort.

The symptoms of emotional violence within marriage are usually more aggressive and notorious, there is no longer just an emotional bond, but there is also a legal one. If there are children, hundreds of important factors are added, and hundreds more depending on the number of children the couple has have, since each child is unique, and each child may react in a different way when witnessing this kind of violence. Children internalize everything they see around them, they may not know at that moment what feelings a situation generates inside them, but they keep it inside their memory and heart.

The following are some signs of violence within marriage relationships:

I would like to know what you think about this article and invite you to share it if it has been a blessing. If you are experiencing violence in your relationship, do not hesitate to seek help. You can write to me at efrain.duany@floridaconference.com or at 407-618-0212.

How to recover from an emotional crisis?
August 6, 2021

How to deal with emotional crises
August 5, 2021

Everything you need to know about emotional crisis
August 3, 2021