The power of self-esteem 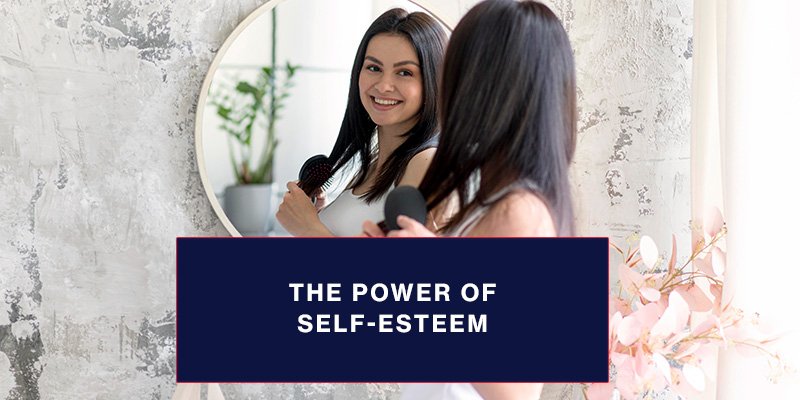 Self-esteem is a fundamental human need. It cannot be minimized or annulled. It determines our ability to understand who we are in Jesus Christ and the potential we have if we discover our identity.

But sadly, our sinful state, the traumatic experiences we have lived through, and the influence of the genes we inherited from our parents have an impact on the way we see ourselves and how we think other people perceive us. In the end, the way you see yourself will determine your mental health, quality of life, and the respect others will give you.

A biblical story that show the power of self-esteem

Allow me to illustrate this with a biblical story:

Mephibosheth, son of Jonathan and Saul’s grandchild, belonged to the royal family of Israel. He had a privilege other children did not. He was a prince of Israel. When he was eight years old, his grandfather and father died as the people of Israel were facing the Philistines.

When the king died in those battles, the royal family had to run because the enemy army would go after all the king’s descendants to kill them and eliminate the kingdom’s heir.

A soldier came to Jonathan’s house in Jezreel and announced that Saul and Jonathan had died in battle. When Mephibosheth’s wet nurse heard the message, she could only do one thing: take the child, who was five years old at that time, and run to the mountains. But something terrible happened. While she was running with the child in her arms through a rocky path, the child fell from her arms.

In those times, there were no scientific advances like the ones we have now and due to that fall. Mephibosheth, Saul’s grandson, the one who could have been Israel’s king, was now crippled, paralyzed from the waist down.

He depended on someone else to carry him. And he could only walk by using crutches that were made for him. His wet nurse’s mistake of dropping him had transformed his royal life into a cursed life.

The crippled child ended up in Lode bar, where he grew up and had the life of a cripple. Lodebar was where the beggars lived. Mephibosheth grew up, having fallen into oblivion.

A change of circumstances

One night, King David could not sleep and asked for one of his helpers and said to him: “Is there anyone left from Saul’s house, to whom I can show mercy for the love I have for my friend Jonathan?” The helper did not know if there was anyone left, but he said he knew Siba, Saul’s servant. They brought Siba to the king’s presence.

The king asked Siba, “Is there anyone left from Saul’s house, to whom I can show mercy for the love I have for my friend Jonathan?” Siba answered, “Yes, there is one left, his name is Mephibosheth.” Then, the king said, “Well, ask him to come to the palace.” Siba answered, “No, my king, he cannot come by himself, because he is crippled from the waist down, he needs to be carried, the same way he was taken to Lodebar.”

Then, the king asked Siba to take the royal carriage and find Mephibosheth. Siba took Mephibosheth to the palace and when he was with King David, he bowed and asked him, “Who is your servant, for you to look at a dead dog like me?” Mephibosheth did not feel any self-worth due to his past, his physical limitations, and his limiting beliefs.

David gave him back all the things that belonged to Saul, his grandfather, and also a place in his palace because of his love for Mephibosheth’s father, Jonathan.

“Every healthy person has self-esteem built on a base made of three components merged into another: the way he/she thinks, the way he/she feels, and how he/she acts.”

Mephibosheth’s thoughts were those of a beggar. He felt like a dog and acted like he was crippled, without any hope. As a result of his mental condition, he had deficiencies in his self-esteem.

You may be asking yourself, what is self-esteem? It is the way you perceive yourself. Besides, it is about the emotional part of your mind, it measures the most intimate part of your being, meaning your value as a person. Keeping in mind that you are different and unique can allow you to turn off your inner voice, which resonates and leads you to compare yourself to others almost all the time.

It is sad to acknowledge that 85 percent of the world’s population suffers from self-esteem problems. This is an epidemic. The hardest part to understand about this reality is that you cannot achieve the potential for which you were created unless you grow in your efficiency and self-respect.

Meditate in this story

Before dying, a father told his son:

“This is a watch your grandfather gave me, and it is over 200 years old. But before I give it to you, I ask you to go to the pawnshop on the first street and say that you want to sell it, and you will see how much it is worth.”

Finally, the father told him, “Go to the museum and show them the watch.”

The son left and then came back and told his father, “They offered me a million dollars for the watch!”

Then, the father said, “I wanted to let you know that, in the right place, they will correctly know your VALUE, do not be in the wrong place, and do not get angry if they do not know your value. The person who knows your value is the one who appreciates you. Do not stay in a place that is not convenient for you.”

Know your value! God is the One who gives you the value you have, not the failures from your past.

Maybe life has crippled your soul, and you perceive yourself as inferior to the other, worthless. Maybe, you are believing the lies Satan has sowed in your life. He is making you believe that you cannot reach your goals because you are not good enough. Maybe your story is full of shame due to the life script your parents sowed in your childhood.

However, God is calling you to get out of that complex of inferiority and acknowledge the value you have before God and start living according to the abilities God has given you. Align your self-worth with the value God gives you. What can you do?

You cannot love others if you do not love yourself first. God is asking you, “Is there anyone left to whom I can show mercy for the love I have for my son Jesus Christ?” God wants to take you to His palace. He wants to take you out of:

So, He can bring you back to His palace to sit at the King of Kings and Lord of Lords’ table. Today is your day to come back to the palace. I ask you today, what practices or habits have led you to grow in your self-esteem? Share your answer with us in the comments section. God bless you.