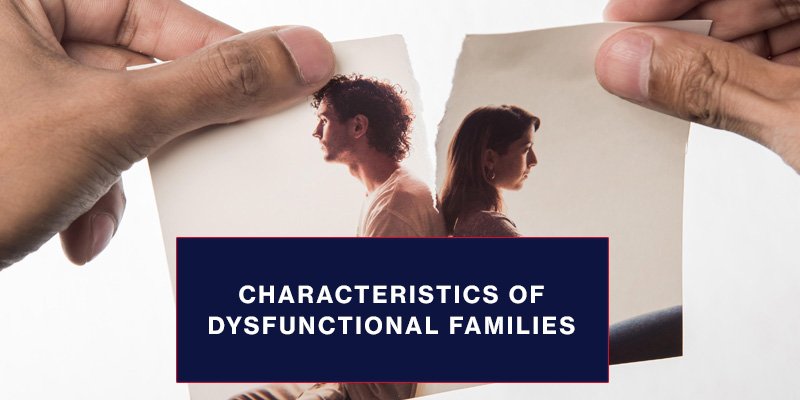 Let us continue with the dysfunctional families topic. It is a broad issue that affects a large number of homes today, and to which we must pay attention, since the family is the foundation from which human beings perceive reality and the world around us.

Let us also analyze the following story: a boy was the son of a middle-class man who worked for the government. His father demanded absolute obedience from his children and the family suffered due to his uncontrollable anger. When this boy was three years old, he witnessed how his father brutally beat his mother because she replied to him.

When the boy was 4 years old, his father began to abuse him physically, practically on a daily basis. He remembers getting 30 lashes on his back when he was 6 years old. When his father needed him, he would whistle for him to come, just as people do when we want to call a dog. When he was 11 years old, his father almost beat him to death when he tried to run away from the house. Before this child was born, three of his siblings had died of diphtheria, all before the age of three and all with a difference of a month. His mother, fearing to lose another son, kept her distance from this son and did not develop an attachment with him. His father, always drunk, complained a lot about how Jews and minorities were causing all the problems in the world. The boy grew up hating his father, but could not find a safe way to vent his emotions.

He began to mistreat other kids, to play violent war games, and to give hate speeches focused on Jews and other minorities. This boy grew up and became a hateful man, who never got married or had a family of his own with whom he could share his emotions. Instead, he found a large audience to whom he was able to express his feelings of hate. He got to subdue an entire race to his hate and anger. That little boy grew up to be Adolf Hitler (Miller, 1983).

As parents, we often ignore the influence our dysfunctional patterns have on future generations. If you are honest, you will remember that when some of these things happened to you when you were a child, you made a vow never to treat your children that same way. And now, sadly, you find yourself in stressful situations, repeating the same words and behaviors your parents had towards your children.

Characteristics of a dysfunctional family

Disappointment and denial: they deny their problems, thus problems are never solved. They also deny freedom to their members.

Formation of rigid and static roles: roles are created due to the need of the family system. Children give up their own needs to meet the needs of others.

Breaking boundaries: the members of a dysfunctional family have permeable boundaries; the boundaries are not respected and are mutually invaded more than related to one another, and then they get in trouble.

Conflicting and Confluent Communication: they use open conflict or confluence (they agree not to disagree) as a communication style. Very rarely, they manage to make real contact.

Irrevocability of the rules: in dysfunctional families, rules are set and they do not change, moreover, they remain rigid.

John Bradshaw, a philosopher, counselor, and theology professor from Houston, Texas, talks about the rules in the dysfunctional family:

Control. We must control our feelings and behaviors all the time. This is the most important defense mechanism.

Perfectionism. We have to do everything “right”. The fear of not fulfilling what is expected of us is the main motivation. Family members spend their lives focused on their image.

Blaming. When things do not go as planned, we blame ourselves or others. This keeps the balance in the dysfunctional family when controlling does not work.

Family members cannot speak. This rule forbids free expression of any feeling, need or desire. No one talks about loneliness or problems.

There cannot be any mistakes. Making mistakes imply vulnerability. This is not allowed and family members have to cover up any error at all costs, in order to not to be criticized.

There are other deeper characteristics, but the ones mentioned in the previous paragraphs are characteristics that can easily be observed in the daily development of many families, even those with Christian beliefs. The way parents raise their children will determine what kind of family future generations will have, since they will repeat the learned patterns and will apply them to their family relationships.

It is not easy to be part of a dysfunctional family, since the communication and interaction channels are affected by the disrupted dynamics that take place. It does not matter what religion, culture, ethnicity or social status family members have, dysfunction can be the foundation of any family.

Do these characteristics and rules of dysfunctional families seem familiar to you? Do you think your family could be incurring what was mentioned before? Do you feel that you cannot express yourself or be who you are, as long as you please your parents and/or other family members? Is it difficult to talk about important and deep issues in your family? If so, let me tell you that you are not alone in this. In our society, it is more and more common to see these family traits. But, remember, it is possible to transform family dysfunction into functionality.

I invite you to read our next post in which we will continue talking about dysfunctional families, so that you can learn what can be done to overcome this “family script.” God bless you

Family resilience before the crisis
March 25, 2021

How are emotional traumas developed in families?
November 20, 2020

An appeal for a better parent-child relationship.
November 13, 2020