What is identity? – Ministering with a broken identity 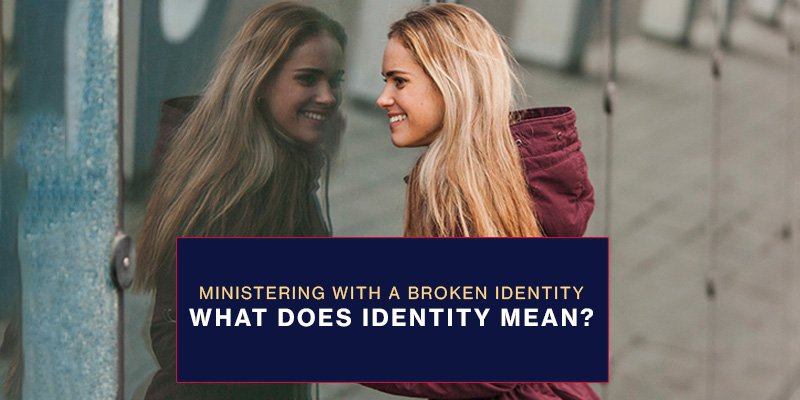 Let’s see an identity problem example. On August 31, 2004, at 5:00 A.M., a Burger King employee in Richmond Hill, Georgia, found Kyle unconscious, naked, and lying on the ground behind a restaurant dumpster. Kyle’s skull had several injuries from being punched. He was taken to St. Joseph’s/Candler Hospital’s Emergency Room in Savannah. He did not have any identification with him, and he was admitted to the hospital as “Burger King Doe.” Kyle was diagnosed with severe amnesia.

A case of an identity problem

This case was known throughout the country and was featured on several television programs, in hopes that someone would know who he was. The FBI intervened without any luck. Dr. Phil dedicated an entire TV episode to him and also launched a private investigation to find out who this man was, but it did not provide any information.

Only a nurse who had taken care of him at some point would be able to identify him. She took him to her home and began to help him. Kyle could not work nor receive social welfare because he did not have any type of identification. Several requests were made to the state so that he could get a new social security number, but it was all in vain. For many years, he was homeless.

In 2015, a forensic genealogist started to gather clues regarding Kyle’s family and located several relatives in the Carolinas. He was the descendant of a man who lived in the 19th century named Braham Lovely Powell. In September 2015, it was announced that Kyle’s relatives had been found and that his name was William Burgess Powell, born on August 29, 1948.

What if is this happened to you

Now imagine if this happened to you, that your whole identity was erased, that one Saturday you went to church to minister, something dramatic happened, and you lost all knowledge of who you are, an identity crisis in which you lose your, your present, and what your future will be. Imagine going through this for nine years. This is exactly what Satan wants to do with us.

He wants to distort our identity, to break it. Satan cannot destroy God, but how does he attack and destroy what God has created? He attacks God’s creatures’ identity since if he distorts it, he will destroy the essence of who they are, especially when we talk about pastoral identity.

We are living in unprecedented times. The pandemic has changed our history, it has influenced our identity as people, Christians, To of clarity jeopardizes both pastors and their congregations. Currently, pastors are shepherding on what we call a broken identity.

In this series of posts dedicated to the pastoral ministry, I want to address the concept of identity, the impact stress has on it, and, at the end of this article, we will talk about how to lead with a broken identity.

What does identity mean?

In its simplest form, we could say that “identity” is the way people see themselves in several contexts. It is from this concept that people have of themselves that they act, react, and behave.

Identity theorist psychologists Peter Burke and Jan Stets define identity through that set of meanings that define what a person is when he/she plays a particular role in society when he/she is a member of a particular group or claims to have particular characteristics that identify him/her as a unique person.[2]

God has given us an identity in Christ, one to which we can continue giving shape day by day on our journey to heaven. If in the process of identity formation, we ignore what God says about who we are, then we can expect to experience existential confusion and crisis.

Origin of our identity

Immediately after our birth, we receive an identity. The formation of that, however, is a long process. It is influenced by many factors, as we will see in this post. It is interesting to see that when Jesus was approximately thirty years old, the Father mentioned His identity at His baptism, just before entering His pastoral ministry. In the same way, identity in Christ must precede and support our call to go to Christ.

It is in this sense that Satan challenges each one of us, the same way he did with our Lord, leading to an identity crisis. The first attacks of the devil against Jesus were directed at His identity: “If you are the Son of God.” Once we accept the false identity that Satan wants to impose on us, our performance in the ministry will be clouded, and we will develop a broken pastoral identity.

Your life script influences your identity. Your life script was written in the first five years of your existence. It is influenced by the mandates, orders, emotional dynamics, and the psychosocial environment in which you grew up.

Your life script is the foundation of who you are as a person and defines your identity.

Your identity can be conscious or unconscious. However, the truth is that it has a very strong influence on your behavior. Your behavior, your emotions, and reactions come from the sense of identity you may have. Since they are part of the life script you have stored in your unconscious. Identity is developed on three levels.

If we look at it from this perspective, we can say that a pastor has multiple identities. But there is one that is the foundation of the other identities he may have. That is the one that he receives in Jesus. He is a human being created by God, redeemed, and a citizen of His kingdom.

Show empathy and service in your ministry
May 31, 2021