How to identify emotional abuse 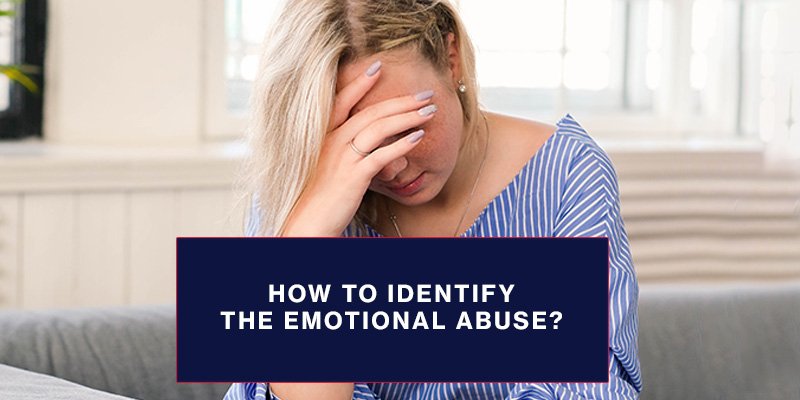 Fear, shame, and uncertainty, all those words serve to describe the feelings of someone who suffer emotional abuse in the past. Those who have been through traumatic experiences because of ex-partners tend to keep silent about their past and not express their fears for fear of being judged and not understood.

We live in a society that is so disconnected from its emotions. A society that is isolated from educational resources against emotional abuse that; often, a victim does not even know they were abused.

According to the OASH (Office of the Assistant Secretary for Health)1, abusers are also able to say that they love their partners, to pay attention to them and be helpful in certain moments of the relationship. But abusers use these acts to subdue and confuse the victim.

An abuser will not resort to physical violence every day, but could commit other forms of abuse such as offending, manipulation, and threats. All of these damage to the victim’s mental health. While it is surmountable, it requires the necessary help. But how do you identify a victim? How can you help your partner who was a victim? To get these answers, it is necessary to delve into the subject.

What is emotional abuse?

Emotional abuse is a type of abuse that uses verbal and mental means to control, isolate, degrade, and devalue a person2. Emotional abuse can occur in countless situations and contexts. The first image that comes to mind when it comes to emotional abuse is likely in a romantic relationship. But abuse can also take the form of workplace bullying and cyberbullying, among others.

In these cases, physical violence is not necessary to violate an individual. Emotional abuse is instead used to manipulate him/her, to invade his/her personal space, and the abuser turns to insults to show his/her intentions. Women and men who have suffered emotional abuse do not leave all that suffering in the past. Instead, if they are able to free themselves from those chains, they will continue to keep the fear and ”secrets” inside themselves, which will only serve to weaken the current relationship.

How does emotional abuse begin?

There is no specific time when emotional abuse started. It can appear suddenly. This is why it causes surprise, and why it is believed that it will be a temporary stage the relationship is going through.

It is normal for abusers to act normally at first. Some abusers invest a considerable amount of effort into being a “perfect” person, behaving especially loving or caring.

Offering a lot of praise, or asking to see the other person, often is part of their scheme. The idea is to create the feeling that they are two against the world. But eventually, the abuse presents as the relationship is established, making leaving or breaking off the relationship more complicated.

Once the idea that they are only two people in the world is implanted, the victim, who will have been isolated from his/her family and friends, will be left without resources or other objective perspectives on his/her life.

Emotional abuse is subtle in its beginning. No one thinks about being attracted to be abused. So, hidden signs and feeling of discomfort represent the beginning of a dangerous situation. Some examples of emotional abuse are:

An abuser will want to be with their victim all the time, round-the-clock. The contact has to be frequent and will escalate from being harmless, such as seeing each other constantly, to demands to know phone, email, and social network passwords. The abuser will give excuses based on trust. And the victim will give in for fear of jeopardizing the relationship or to avoid more conflicts and show that he/she has nothing to hide.

Jealousy in a couple is normal behavior to some extent. However, when jealousy is constant, unjustified, and generates conflicts, it is a problem and a warning sign. People are supposed to feel loved and be happy in relationships, not unhappy.

Isolation from family and friends

Abusers separate victims from the people who care about them, the same people who could deduce what is happening because they are not the victims.

The abuser’s need for power will never be satisfied because he/she will always need more and more of it. Their control may have started with suggesting not going to a certain place or not doing a certain activity, but it will escalate until he/she controls the finances and how the  money is spent. It will also go to the extreme of preventing the person from working or going to doctor’s appointments. Deciding what to wear or what to eat for another person are other behaviors that show a thirst for control.

Words have power, and just as they are capable of uplifting the spirit and showing appreciation for the surrounding beauty, they are also capable of doing the exact opposite, destroying it. Insults about being useless, or relating to intelligence, ability, physical appearance, and other characteristics will hurt, and scar the victims’ minds.

Threats are an unpleasant extreme, and they will disrupt the ability to leave an emotionally abusive relationship. It is very common for abusers to resort to threatening to hurt themselves if the victim leaves. They do not only threaten to harm themselves, but also threaten to take their own life or partner’s. It is a cycle that will never end due to the dependency that has been created.

The negative effects of emotional abuse

Emotional abuse will not only cause short-term damage once it is experienced. It will touch the minds of those who suffer it deeply, affecting the victim’s future relationships.

As an example, the manipulation abusers exercise may be due to the fact that they have narcissistic personality disorder. These individuals demean and manipulate every partner they have. This is called narcissistic abuse3.

In her book, “Becoming the Narcissist’s Nightmare: How to Devalue and Discard the Narcissist,” bestselling author Shahida Arabi explains that normally, pathological narcissists don’t diagnose or provide treatment to control their disorder. Therefore, it is difficult to identify one before becoming involved in a relationship with him/her.

Their manipulation tactics are different from those of other abusers. They are often covered up and disguised as good intentions. The addiction and attachment that victims build with narcissists is also surprising, as both biochemical and traumatic links generate.

Although victims manage to escape the codependency of being in a relationship with a narcissist, they will still feel, to some extent, that part of their souls and who they really have been stolen. However, we can regain everything we feel has been stolen from us, and we can start over from scratch with someone who loves us4. “The Wizard of Oz and Other Narcissists” by therapist Eleanor D. Payson, explains how it is possible to find yourself despite the abuse. But in order to accomplish this, you need to acknowledge what happened and be open with the people around you.

Identify emotional abuse and stop it

In summary, an emotionally abused person will suffer with feelings of:

In the long term, they fear getting into another toxic relationship and/or are unable to give themselves fully in soul and heart, preventing the victim from enjoying love. And this does not only apply to loving another person, but loving himself/herself and seeing himself/herself as a person with the ability to move on.

I would like to know your opinion on this matter. Do you know someone who has been a victim of abuse? Or maybe you were that victim. If you wish, please share your experience. Remember, if you need professional help, you can write to us at efrain.duany@floridaconference.com or call us at 407-618 0212.